One of Pasolini’s most important poetry books to commemorate the centenary of his birth. In a bilingual edition (Italian-Catalan) and translated by Xavier Valls Guinovart, co-published with the Barcelona City Council.

Poesia in forma de rosa, never translated into Catalan, is a great contribution to the concepts of history, memory, identity, modernity and tradition from a humanistic and universal point of view. He will find the resistance to the long ideological and private persecution that he experienced, the diary of two judicial processes, the trips to Africa, Arabia and Israel, the filming diary of Mamma Roma and the Il Vangelo secondo Mateo.

«There is the whole of the author’s concerns, his universe. None of the great themes that Pasolini will deal with in the following years in his multifaceted work are missing» says Ricard Vinyes in the prologue.

In addition, Pasolini visited Barcelona in the 1960s and, from that contact, one of the most intense poems came out, «Negotiations with Franco», which we include in the appendix.

A special edition to commemorate the centenary of the birth of one of the most important intellectuals of the 20th century. 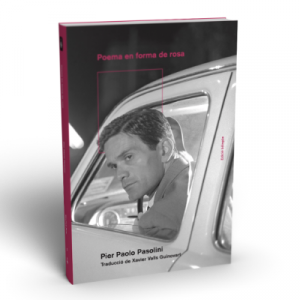 Here you can see the book trailer: 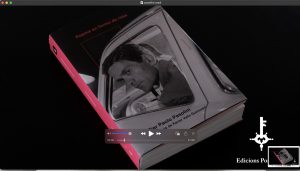 Cart
Checkout - 0.00€
We use cookies to ensure that we give you the best experience on our website. If you continue to use this site we will assume that you are happy with it.OKCookie policy